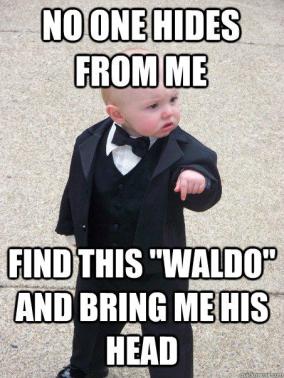 Can we just take a moment and talk about how much I hate the word ‘meme’? I know it’s origins –  I’m just the type of nerd to go snooping through the Internets to figure that out. (It’s from the ancient Greek, if you want to know: μίμημα pronounced [míːmɛːma] mīmēma, which means: “imitated thing”. )

(And yes, in fact I did just spend ten minutes saying that out loud (mee may mah mee may mah…) to see if I liked it any better, but no. Not really.)

I suppose I dislike it so much because visually, it’s just me twice. ME! ME! An iconic representation of the selfish culture of today. It’s also kind of whiney. Meeeeeeem. I resisted saying the word out loud for some time and would refer to memes as “that funny with the baby”, or “the funny with Eddard Stark” and most people would get what I meant, but eventually I broke down and said it. Meeeeeem. *Shudder*

Anthropologically speaking it’s a fascinating idea – how something spreads from person to person, is improved on and altered by each as it goes and yet remains the same – and remains popular long enough for that to happen. It’s like we’re a flock of magpie lemming hybrids that can’t get enough of a single shiny idea that we have to tear it apart and pass it around so that everyone has a share of it until we’re all sick to death of it.

Anyway, I’m still not a fan of the word and will probably not perpetuate many of the things unless I find them particularly witty. Just sayin.